The Steps to Forgiveness 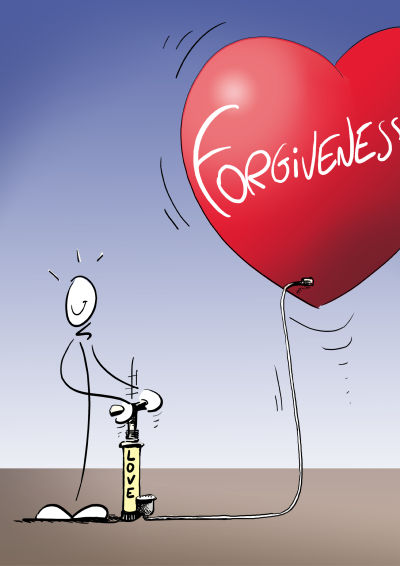 At a three day event for professionals from offender management, held at the Global Retreat Centre, Oxford, in October, an audience listened spellbound to a conversation with Camilla Carr, author of The Sky is Always There.

Camilla and her partner, Jon James, travelled to Chechnya in 1997, to help set up a therapeutic centre for war-traumatised children.  After only two months they were kidnapped and held hostage for 14 months by Chechnyan rebels.

There are many stories of hostages held under terrible conditions, and they all merit our attention for the courage and resilience of those held captive.  But what is so remarkable about this story is that it lays before us an honest account of the workings of forgiveness and of how the choice to think and act compassionately played a very large part in keeping Camilla and Jon alive.

At one point in the seminar, Camilla answered questions about how it was possible to forgive the men who held her and Jon captive and inflicted many acts of violence on them both.  Camilla paused for a very long time and then answered,

“I think it always starts with trying to understand the other person; what may have brought them to this point.  Whilst in captivity Jon and I started a dialogue to help understand where these men where coming from.  In some cases it was ignorance.  And, yes, after I was released, I did feel a lot of anger and tears.  But I wanted to work towards feeling love and compassion and forgiveness, so I asked for a lot of help from the Source of love, and I felt a lot of love coming towards me from that Source.  What helped me was realising that I have anger like anyone else, and ,I too, could be vengeful, if I chose to be but, despite what happened, I chose not to be bitter but to forgive.  Making the decision that I wanted to forgive was the starting point and I believe that’s why I received so much help from what I would call an unseen force. I am not religious but I did experience an energy of love and peace, when I asked for it.”

The forgiveness that Camilla described was not a single spontaneous event but a series of little steps; a practice of forgiveness.  Camilla used her time in captivity to try out certain thoughts and feelings, creating them in her mind and then repeating the ones that lead to feelings of healing and hope.

One of the approaches she describes is deciding to ‘see’ her assailants not as evil and brutal men but individuals who have been deeply wounded and brutalised by war, leading them to become brutalisers themselves.

“As part of the Forgiveness Project, I have been able to meet men who have been violent and who have changed by deciding that they no longer wanted to be part of that cycle of vengeance.  That has also been very helpful in my healing process.”

For those of us who would like to forgive the small as well as the large things in our lives, Camilla suggests some ideas that might help in the process of  forgiveness:

For information about  retreats for those who work in offender management. www.bkwsu.org.uk/spiritualityinprison

Lovinlife, please read some of the other articles on this site, especially the one titled "Pack up and Let Go". Perhaps this will help.

Vandanaji, when one realises and knows who he/she is then no one else is powerful or we ourselves are not weak...because the soul is soul which is peace,love,pure....thus to forgive needs no external strenght the strenght flows internally

Nice one .... wonderful example of how one can forgive !!!!!!  I think forgiveness makes you superior in strength.... When you forgive someone you automatically feel the goodness and become positive about the situation which in turn makes you a better person and healing gets easy.

A hostage is not in a position of superior strength to one's captors. Although the article does not mention that Camilla was molested, she clearly states that the "evil and brutal" assailants "inflicted many acts of violence" on both her and her partner. Camilla consciously CHOSE to " to work towards feeling love and compassion and forgiveness" rather than indulge in feeling victimized. Such a choice empowered her to acquire the spiritual and moral strength to eventually forgive her captors. Please read the article again. Although it wasn't easy, Camilla ultimately transformed a very negative situation into a means of healing herself and serving others.