The Power of Discernment By Kiran Coyote 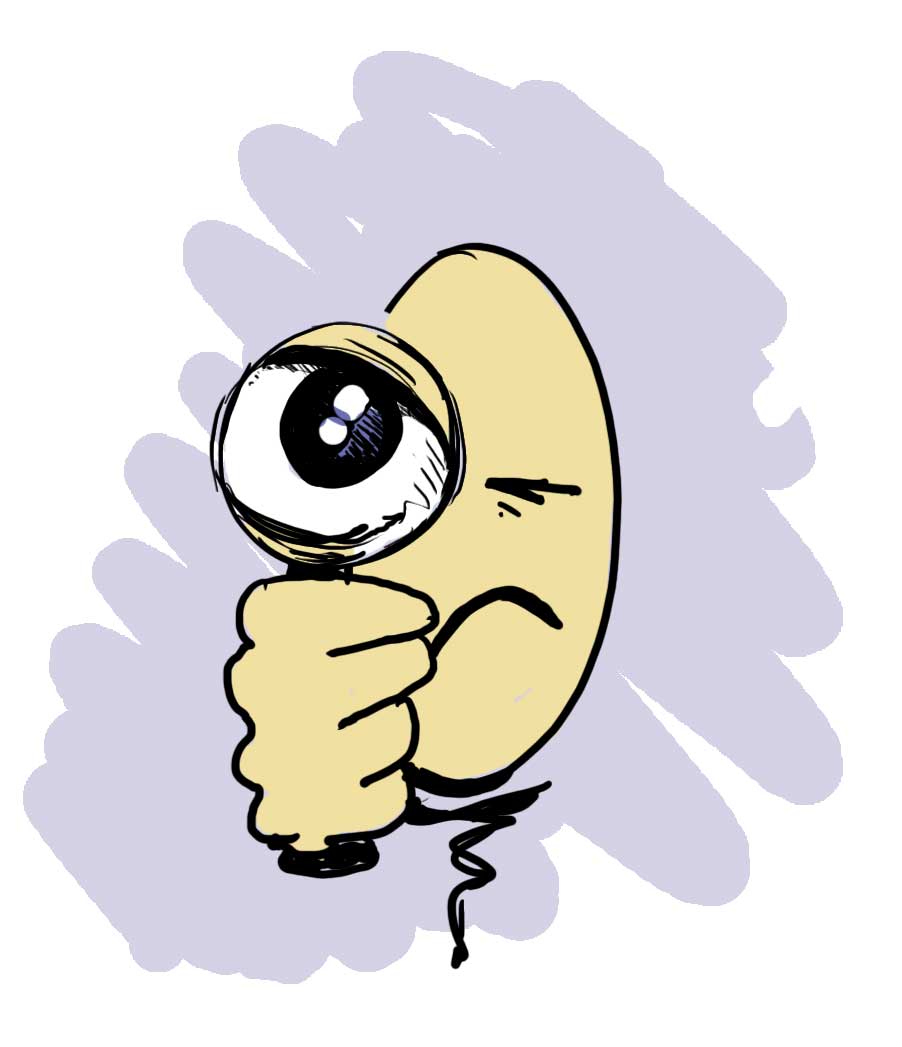 * Every day we face a multitude of choices:
* Should you trust what your friend is saying or not?
* Should you keep going in the same direction or change course?
* Should you express your concerns or keep quiet?

Sometimes our choices are instinctive, like when an infant chooses his mother’s arms over those of a stranger. Some are unconscious, like identifying with the culture or religion in which you were raised, or adopting your parent’s mannerisms. Sometimes we choose reactively, as when we reject the culture or religion in which we were raised; or give up trying to do something because others are giving us a hard time. Some are habitual choices, like when and how often you brush your teeth.  And, of course, some are carefully calculated, deliberate choices, like your choice of career, home or landscaping.

THE POWER OF DISCERNMENT
Underlying all of our choices are two powers that are intrinsic features of human consciousness: the power of discernment and discrimination and the power of good judgment. These two—the fifth and sixth in our series of articles on the Eight Powers of the Soul—are closely connected, but we’ll focus on discernment in this article and take up good judgment next month.

The power of discernment gives each of us the ability to detect differences, to make distinctions, to realise truth, to recognise falsehood or distortions, to know. Without it, we would stumble blindly through life, never knowing which way to turn. This power is like the eye of the soul: a ‘third’ eye, some have called it.

Using this power, human beings are capable of discerning a flaw in the tiniest of diamonds; of perceiving subtle nuances in communication; of detecting emerging patterns in global economies—to mention only a few manifestations of its breadth and magnitude. How wondrous this power is! We use it daily in many different ways, taking it completely for granted; yet it’s not an ordinary thing! It is the basis of our clarity, our morality and, to a large degree, the success or failure of our efforts. Material objects, and the atoms and molecules that comprise them, do not exhibit the amazing capabilities of this power.

Perhaps precisely because we take this power so much for granted we rarely direct it inward and use it to discern our internal flaws, nuances and patterns. Yet, just as great benefits accrue externally when we separate the wheat from the chaff, expose frauds or corruption, or sense opportunities that catapult us ahead of the competition, so too, focusing discernment power on one’s self enables great and lasting personal transformation and empowerment.

The teachings of Brahma Kumaris Raja Yoga, on which this series about eight essential spiritual powers is based, have given me a simple but profoundly effective method for opening my inner eye of discernment. I’ve developed the habit of spending a few minutes each day, reflecting on what’s going on inside me; observing my thoughts, attitudes and feelings.

I’m now able to discover what’s really on my mind, underneath apparent concerns. I can perceive the subtle internal thieves that rob me of my energy and confidence. Best of all I’ve discovered hidden treasures—the values and virtues which I hold dear and which give my life meaning and purpose; and the strength of character which enables me to live by and stand up for those values.

FOUR TYPES OF THOUGHTS
From my study of Raja Yoga, I’ve learned that there are four basic types of thought that occur in my mind: positive, negative, mundane and wasteful. While this may seem a simplistic classification, the ability to discern and distinguish these types of thought and the understanding of how to manage them has had profound, positive effects in my life.

Consider that thought is basically the energy of the soul transmitted through the mind—whether the thoughts are about the self, about others or about situations. When there are positive thoughts, positive energy emanates outward from the self. These positive “vibes” are picked up, not only by others, but by one’s own self, which is why one feels good when thinking positive thoughts! Here’s an example of a positive thought about the self: “I’m basically a kind and understanding person.” When you think such a thought, you transmit that feeling and image to others and reinforce it in yourself.

Negative thoughts produce negative vibrations. Others don’t generally like to be around you when you are producing angry and critical thoughts; at the same time, you also feel tense and uptight. Here’s an example of a negative thought about the self: “I always get the short end of the stick. No matter what I do, it’s never enough.” What sort of feeling would others have about you if they picked up the vibration of that thought from you? How would you feel about yourself as a result of thinking such thoughts?

If you work and or manage a household, mundane thoughts are those that probably occupy your mind the most. They are the thoughts necessary to getting a job done properly, managing a schedule, or taking care of business. An example: “I must do the laundry today.” Of course, you could love getting your clothes clean; on the other hand you might resent having to spend time laundering them—in other words, you can color a mundane thought with positive or negative feelings—but the thought itself, “The laundry needs to be done today”  is a neutral one, simply factual or mundane.

Perhaps the most debilitating category of thoughts is that of wasteful thoughts. The two main varieties are worry and regret. Worry: “What if it doesn’t happen? What if it does?” Regret: “If only I hadn’t done that. If only _____ (fill in the blank yourself) hadn’t happened.” These thoughts consume your mental and feeling energy but produce no result. They ‘waste’ the energy of the soul, which is why, when you’re worried or feeling remorseful and depressed, you feel tired all the time.

A THOUGHT MANAGEMENT FORMULA
It’s as if, at the beginning of each day, life hands us a bank roll of thought energy. We are definitely going to spend most of it in the course of the day, but how? In which category of thought will you spend your precious mental time and energy? And what do you do if you discover that much of it is going into the account of negativity and waste? Once you focus the power of discernment on your thoughts and are able to recognise their type, there is a simple formula to begin managing them, easily remembered by the familiar acronym S.O.S. In this context, the first ‘S’ stands for Stop! Don’t just keep on thinking such thoughts. Next, ‘O’ is for Observe! Observe how such thoughts are affecting you. Forget about others, but how is thinking such thoughts making YOU feel? Finally, the last ‘S’ stands for Steer, Switch or Swerve. In other words, change the course of your thoughts. This is not as difficult as it sounds.

Every situation in life, no matter how tragic or traumatic, is an opportunity to learn something useful about oneself, one’s capacities, one’s limitations, and/or the virtues or values that one needs to cultivate to master life’s challenges. Every person, no matter how negative or unkind, is also a teacher in disguise. The moment that I start thinking about what I can learn from the person or circumstance, my thoughts swerve from worry, regret, criticism or fear, etc. into a constructive direction. My thought energy then subtly changes, my vibes change, and eventually even situations and people begin to transform. The power of discernment aids me at each step of this inner process—from observing and distinguishing my thoughts, to applying the thought management formula.

Once I started to use the power of discernment to recognise the four types of thoughts and began applying the thought management formula, the clarity of my inner eye increased. I noticed that because I had neglected to direct and use the power of discernment inside me on a regular basis over a long period of time, my inner environment had become a tangled jungle of contradictory views and opinions. My reservoirs of experience were polluted with impatience, as well as hostile or fearful emotions. My attitude towards life vacillated between anxiety and enthusiasm. And my responses to people and situations fluctuated between hope and disappointment; between criticism or self pity and supportive appreciation.

I realised that my thoughts and feelings were malleable, subject to my control and influence—not simply the victim of external circumstances. My standard attitudes towards certain people, my habitual way of thinking about certain things, my conditioned reactions and tendencies to complain, criticise and blame—all were subject to re-evaluation and modification by me as I began to classify them into positive, negative, mundane and wasteful. I no longer needed to remain ‘stuck’ in old patterns—I was free and empowered to choose to be different than I had ever been before!
Comments
#14 2016-11-18 14:40 - Apurva Deshpande
I have another doubt...after we are done meditating and we have had a wonderful experience....and it feels great and then we come back to the day-to-day world and then we begin to observe our behaviour with others or our outlook towards something and realise that it's not in harmony with our inner self...so how do we handle it? And another question, where should we steer the thoughts? To something pleasant, that I like thinking about...or thinking about the same situation in a different way?Also, could you please give some more tips to practise S.O.S? I am veryyy thankful for this article !!!! :D:)
#13 2012-12-25 21:00 - Geetanjali
Thanks a lot for the article.....
#12 2012-05-13 14:44 - Amita Tiwari
I have been using thought management formula for a few days.I am already noticing an improvement in the qualities of my thoughts.Thank a lot.
#11 2012-04-08 08:50 - Archana

Hey, I feel great to find a solution in this article... it's an awesome article... I can bring a change in myself... thanks a lot... I m a peaceful soul...

Actually, i had a problem in recognizing my thoughts. But today, reading this article, my understanding has widened and I feel so blessed. This article probably came just for me. :) Thank u soooo much..

#6 2011-06-09 12:47 - Yashika
This is a very useful article, a must read I would say. What I liked the most is the thought that my feelings and thoughts are malleable and in my control. I am definitely going to try and implement the thought management formula (Stop-Observe-Switch) in my thinking process. Thanks a lot for such a good article!
#5 2011-04-10 20:11 - shweta

This is just great and makes me feel light....