Renewable Energy for a Sustainable Future

The current environment crisis is a clear call to transform our awareness and lifestyle.  Therefore there is an urgent need for a new paradigm that integrates clean technologies into our day to day life.
In order to give a strong impulse towards the development of clean technologies and a sustainable society the Brahma Kumaris World Spiritual University have been actively involved for 25 years in the research and demonstration of alternative renewable energy concepts. 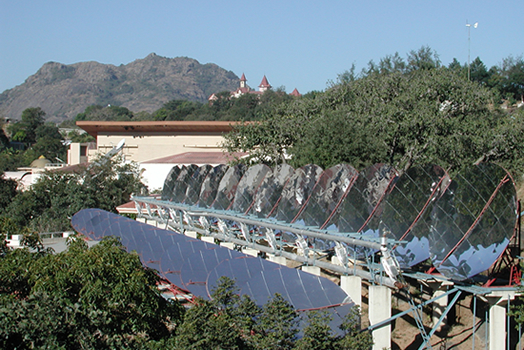 Since the mid 90's, Brahma Kumaris has become one of the key developers and promoters of renewable energies in India. With Indian and German government support it has carried out various research and development projects. In order to strengthen its approach Brahma Kumaris works in close liaison with its sister organisation, the World Renewal Spiritual Trust (WRST), a registered charity in India. In 2011 Brahma Kumaris and WRST were recognised as a Scientific and Industrial Research Organization by the Indian Ministry of Science and Technology. 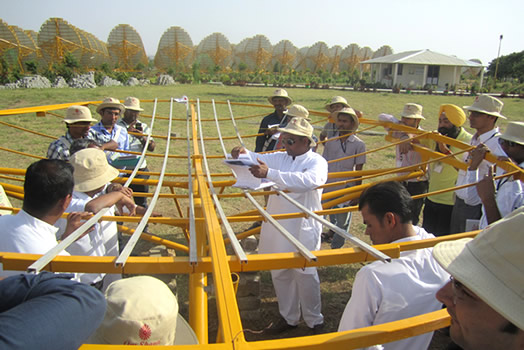 In 2014 an "Awareness & Training Centre" was set up by Brahma Kumaris & WRST with financial support from the United Nations Development Program, Global Environment Facility and the Ministry of New and Renewable Energy (Govt. of India). Brahma Kumaris has developed and installed 6 large solar systems which produce steam for various process applications such as cooking, laundry and sterilisation. In addition it has installed and operates around 350 photovoltaic battery systems (off grid) all over India with a total capacity of more than 1200 KW peak. In 2017 "India One", a 1 MW solar thermal power plant near the Brahma Kumaris Shantivan campus in Abu Road was commissioned. Brahma Kumaris & WRST are currently conducting research and training in the following technologies: 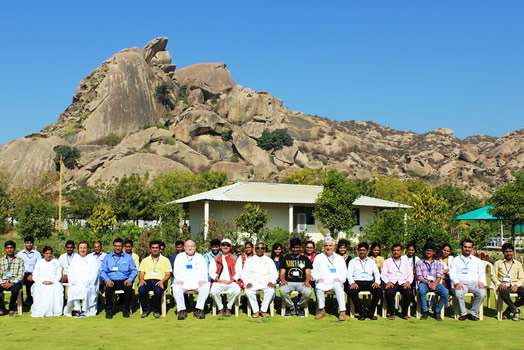 It is the aim of Brahma Kumaris to highlight the importance of underpinning environmental awareness with practical spiritual wisdom. We believe that this holistic ‘inside-out' approach based on respect, cooperation, equality, love and peaceful coexistence with ourselves and nature is the key to a sustainable future. We specifically support people to acquire technical expertise, performance capability and managerial competence.
Brahma Kumaris inspires people to make use of renewable energy technologies by organizing training workshops, conferences and publishing research papers and articles. The research projects of BK & WRST aim to build up the capacity and expertise of individuals, groups and organizations so that the design/layout of the different solar systems can be replicated. 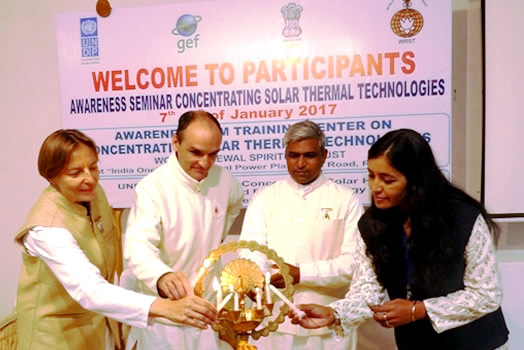 In addition BK & WRST have planted more than 2000 trees around "India One" solar power plant and intends to grow vegetables and fruit trees thus doubling the use of the land and reducing dust accumulation.

For more information visit the section on solar energy at the Brahma Kumaris Environment Initiative and the India-One webpage.